“Give me a break! Science, do we need it? Personally I don’t.”      In the next moment he grabbed my hand and dragged me through a door into a big dark room in the building that we were in. He turned the lights on and I could clearly see that we are surrounded by lots of machineries, inventions, statues and pictures.

He pointed at one of the statues and said: “Without the inventions and the technological research of this man, there would have been no proper use of the electricity nowadays!”      He kept on showing me other inventions and projects and telling me a bout what certain people have built and invented, he explained me how certain discoveries were made and the way they changed the way as we know it.

I was starting to feel bad, even ashamed. I realized I judged science wrong. It is important after all. Feeling ashamed of my self, I’ve started doing some research by myself as soon as I got home, trying to prove Edward that I judged science wrong and that I’ll start studying it.       As I was reading and learning more things, millions, even billions of ideas were storming through my mind. “I could build that” ; “This might get in handy”. I just couldn’t stop the ideas from coming.

The time has passed quickly and ten years later, there I was standing in front of a big crowd of people and being given the Nobel Prize for science, for my invention that could instantly cure any wound.

“And that kids, is how me, your grandfather became a scientist. Amazing, right? So, this is why you have to learn as much as possible in life. You’ll never know, you might be good at it. And, maybe… who know… some day you might become a scientist just like me!” 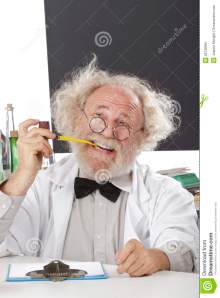 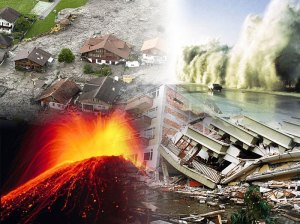 [LETTER to a friend regarding natural disasters]

Hello, John! How are you? I hope you are healthy and safe.

I wanted to let you know that I’ve been feeling a bit worried lately. Last week, a small crack showed up in a dam near our town. Sirens went off in the whole town for a few minutes. It was total chaos. Everyone was running, screaming and pushing each others. There were even a few major car accidents. But luckily, the crack didn’t grow larger and nobody got injured badly afterall.      But I am now worried that any momment from now on, our beautiful town could be taken away by huge waves. I can’t even sleep at nights anymore.

Please, if you are able, give me an advice. What should I do? Where should I go? How should I react?  My idea is to go and live with my grandmother in Sibiu. I should be safe there. But even like that, I would feel terribly bad to see my native town washed away. There are so many memories that keep me conected to this place.

I hope that things will settle down as soon as possible. Please write me back as soon as you can. Send your letter to my grandmother’s adress. You already know it. I’ll be waiting for your respons. Goodbye.

Everyday, people across the world decide that instead of being productive, they could just be lazy instead and do nothing useful. That’s called: “Wasting time”

In my opinion, as we live in a modern world that is continuously evolving, we like to do as many things as fas as possible just so that we have more time to relax. This is a good thing. We should all have a break ever once in a while, but too much relaxing means you’re just lazy and that instead of wasting your time that way, you could get up and do something productive, something useful in any way, for anyone. In this time you could learn something new, try something new, make something new and many other things. The possibilities are endless. You just need to will to do something and it would be much better that way.

On the other hand, there are people who are involved too much into what they’re doing and refuse to take a break unless they are extremly tired or they can’t take it anymore. This can be good because they are practically not wasting time at all, but it’s also bad as anyone should have a small break from time to time in order to work more efficiently. The human body is not a machinery that can work endlessly. We need breaks too.

In conclusion, you could waste a little time and relax for a little while, but you should know when to get back to your duties so you don’t start wasting precious time.